The legislation creating the Netherlands Commercial Court (i.e. the NCC District Court and the NCC Court of Appeal) was approved by the Dutch Senate on 11 December 2018. With the subsequent decree issued by the Minister, the NCC is open for business per 1 January 2019.

The Netherlands Commercial Court deals with international business disputes (civil and commercial matters) and is located at the Palace of Justice in Amsterdam. 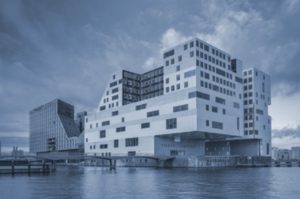 The NCC hears cases in English and its judgements are in English. The NCC is situated in the Dutch courts and provides for swift and effective proceedings.

NCC cases are heard and disposed of by a three-judge panel, all experienced in complex international business matters. The NCC provides for active case management, discussing motions, fact-finding and a timetable with the parties. Furthermore, the NCC Rules provide parties with transparent guidance on procedural matters.

International disputes to submit to the NCC

A matter may be submitted to the NCC where the following requirements are met:

1. the matter concerns an international dispute;
2. the legal action is a civil or commercial matter within the parties’ autonomy;
3. the Amsterdam Districts Court or the Amsterdam Court of Appeal has jurisdiction, and
4. the parties have expressly agreed in writing that proceedings will be in English before the NCC.

The ‘civil or commercial matter’ test is met in cases where the dispute relates to civil law in a broad sense. It includes, amongst others, contractual disputes, claims in tort or corporate matters.

In matters requiring an expedited procedure and decision, parties may initiate a legal action in summary proceedings. Such action may be initiated in the Court in Summary Proceedings in the NCC District Court where (i) an interim or protective measure is sought or another decision for which the court in summary proceedings is designated by law, and (ii) the conditions set out above under 1 – 4 are met. In exceptionally urgent cases, the NCC is authorised to hear and decide cases anytime and anywhere within The Netherlands.

The NCC recommends the following wording to expressly state in a contract, to take disputes to the NCC:

‘All disputes arising out of or in connection with this agreement will be resolved by the Amsterdam District Court following proceedings in English before the Chamber for International Commercial Matters (Netherlands Commercial Court or NCC). An action for interim measures, including protective measures, available under Dutch law may be brought in the NCC’s Court in Summary Proceedings (CSP) in proceedings in English.’

In the absence of such clause, parties may of course make appropriate arrangements after a dispute has arisen.

The unsuccessful party will also bear the other party’s costs of the proceedings. If the parties have not made arrangements in this respect, the NCC will, as a rule, apply rates to assess lawyer’s fees and expenses, ranging from € 1,000 to € 12,000 per act of process, depending on the complexity of the matter.

The NCC is a specific chamber within the Amsterdam District Court and the Amsterdam Court of Appeal and its judgments are like all other judgments issued by Dutch courts. Judgments that are directed enforceable notwithstanding appeal are immediately enforceable in the Kingdom of the Netherlands and in the European Union.

Outside of the European Union the enforcement of a NCC judgment is governed by the treaties to which the Netherlands is a party and by the rules of general international private law.

Should you have any further questions or in need of legal advice in this respect, please contact our office in Amsterdam. Also for any other litigation or corporate law assistance you may contact our lawyers in the international law or corporate departments of Van Diepen Van der Kroef Amsterdam.